Inchie - Draw a Picture of a Bird Day 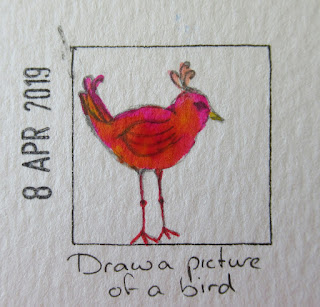 Origin of "Draw a Picture of a Bird Day":
On April,1943, 7 year old Dorie Cooper visited her uncle in the hospital.
He had been injured in WWII, having lost his leg to a land mine.
She asked him to draw a picture of a bird.
He did, and she teased him saying it wasn't a very good picture,
but she would hang it in her room. This lifted his spirits.
Three years later, Dorie was struck and killed by a car.
At her funeral there were many bird pictures and drawings,
prompting the creation of this day.


You are invited to the Inlinkz link party!
Click here to enter
Posted by Margriet at 1:00 AM