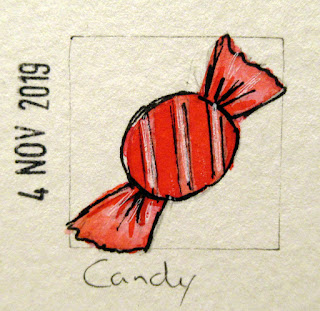 The story of candy begins in India.
Between the 6th and 4th centuries BC, the Persians and Greeks learned
that the people in India had, what they called, reeds that make honey without bees.
These reeds were actually sugarcane, which is indigenous to Southeast Asia.
Ancient Indians would boil sugarcane juice, turning it into individual pieces of sugar,
which they called “khanda.”

You are invited to the Inlinkz link party!
Click here to enter
Posted by Margriet at 1:00 AM