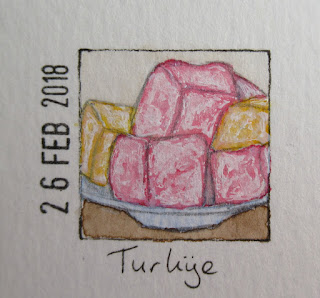 There’s still a lot of people who only know of Turkish Delight as the powdery white sweet
used by the White Witch to entice Edmund in The Chronicles of Narnia.
However, the confection has a long history and is one of Turkey’s most popular exports.
One of the oldest sweets in the world, going back almost 500 years,
the Turkish Delight recipe has remained almost unchanged since the day of its inception.
As the story goes, the Sultan, trying to cope with all his mistresses,
summoned his confectionary chefs and demanded the production of a unique dessert.
It was through this summon that the Turkish Delight was born.