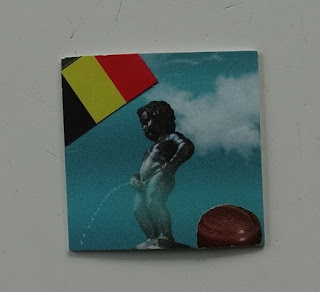 We are from the Netherlands, but since
20 years we live in Belgium, because my husband works here.
The symbol for Belgium is the statue of Mannenken Pis,
so I put him on an inchie, together with the flag.
And because Belgium is also worldfamous for its
chocolate, I also include a piece. 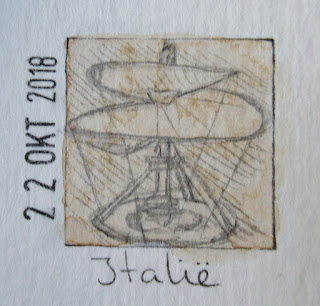 Leonardo da Vinci was an Italian polymath of the Renaissance,
whose areas of interest included invention, painting, sculpting, architecture,
science, music, mathematics, engineering, literature, anatomy, geology,
astronomy, botany, writing, history, and cartography.
He has been variously called the father of palaeontology, ichnology, and architecture,
and is widely considered one of the greatest painters of all time.
Sometimes credited with the inventions of the parachute, helicopter and tank,
he epitomised the Renaissance humanist ideal. 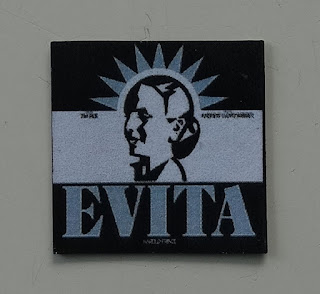 I could have put a picture of our queen Maxima on this inchie,
because she is from Argentina, but I chose another woman: Eva Perron.
I really love musicals and when I hear Argentina,
the first thing that pops in my mind is this musical
from Tim Rice and Andrew Lloyd Webber. 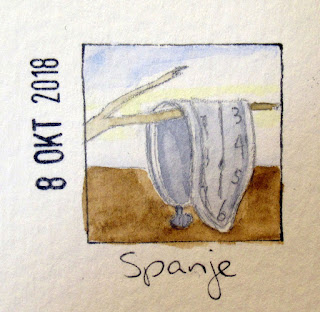 I love the surrealistic paintings by Salvador Dalí.
He was born in Figueres, Catalonia, Spain.
Dalí was highly imaginative,
and also enjoyed indulging in unusual and grandiose behavior.
His eccentric manner and attention-grabbing public actions
sometimes drew more attention than his artwork,
to the dismay of those who held his work in high esteem,
and to the irritation of his critics. 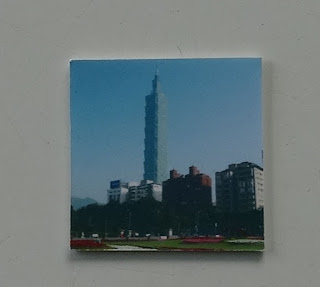 When I think of Taiwan I always think of our son who was born there.
We visited his birthparents in this beautiful country and I have so many wonderful memories.
But for this inchie I chose the Tapei 101 tower and used one of my own pictures.